What are the prospects for city and state tax increases in 2020? 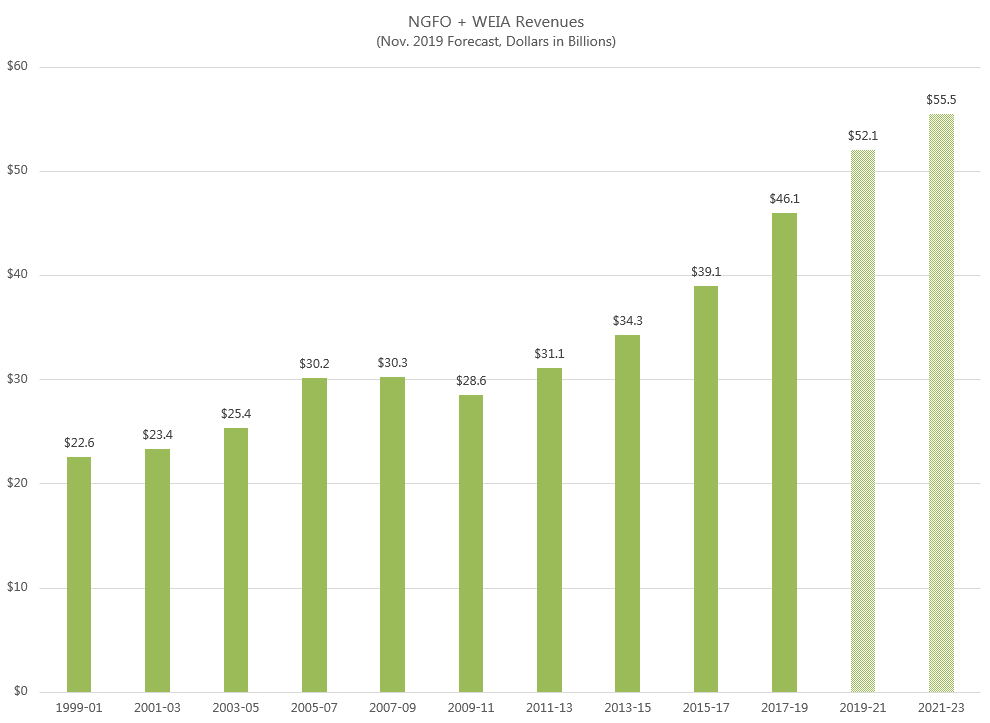 Gov. Inslee did not propose general tax increases in his 2020 supplemental budget proposal, but that doesn’t mean they won’t be proposed by others.

In the Seattle Times, Daniel Beekman and Benjamin Romano report that ideas for business taxes are circulating in Seattle:

Such taxes may or may not go through the Seattle City Council: “Democratic Socialists of America activists already are preparing to collect signatures for a ballot initiative, while Councilmember Lisa Herbold says she and her council colleagues could draw up a tax proposal and send that measure to the ballot.”

Meanwhile, Jason Mercier of the Washington Policy Center reports that 15 legislators have filed an amicus brief asking the state Supreme Court to accept review of the constitutionality of Seattle’s income tax (adopted in 2017 but never implemented). The brief cites reports from the Institute on Taxation and Economic Policy (ITEP) on the regressivity of state tax structures—for our critique of their work, see here.

State revenues in Washington have grown significantly in recent years (see the chart below). Nevertheless, the brief states,

Given the current state of the economy and the failing social safety net, there is a need for local governments and the State to raise additional revenues to fund essential public services in a way that does not harm low-income and middle class families, and small, start-up and low margin businesses.

(Emphasis added.) If legislators think there is a need for still more revenues, tax bills will surely be debated in the Legislature (even though the tax structure work group has only just begun its work). The Seattle Times asked Speaker Jinkins about a capital gains tax: “‘I think we’re getting closer,’ Jinkins said. ‘Is this the year? I don’t know.’”